Based in Hampshire, England and designed, built, and commissioned in the 1960s, the STFC Chilbolton Observatory conducts research in atmospheric science, radio communications, astronomy, space science and technology. The innovative 25 metre antenna is capable of moving at up to three degrees per second, whilst accurately pointing to any part of the sky.

With a total mass of 125 tonnes, it relies on counterweights to partially balance the load to reduce the maximum torque on the drives whilst maintaining minimal backlash. The counterweight mass is made up of concrete and steel shot contained in ballast tanks, with steel plates bolted underneath the tanks. After being exposed to the elements for over 50 years, the counterweight plates needed to be replaced and, following a successful tender, WH Scott & Son Engineers was assigned to do the job. 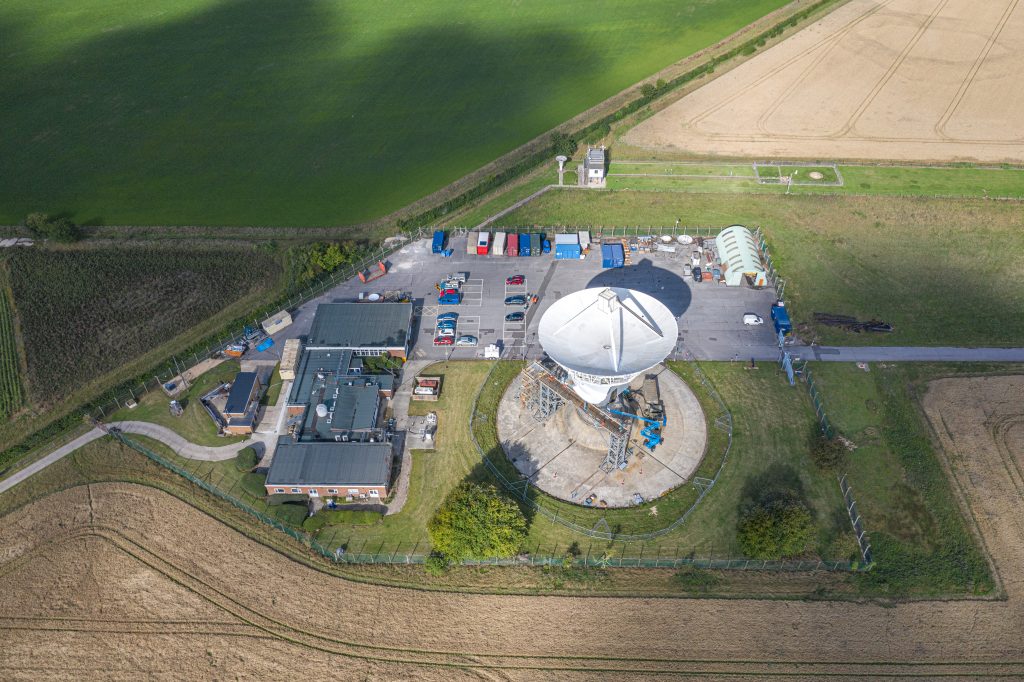 With safety being the first priority, a survey of the structural elements was carried out to ensure the weights could be safely supported during removal and installation. From there, a temporary support system from Mabey was designed to gain safe access to the underside of the counterweights. The temporary support system consisted of two Mass-50 support towers, complete with longitudinal outriggers and raking bracing members to provide stability, the temporary works scheme also features a bespoke skating system. This allowed the platform to be moved easily and efficiently towards and away from the structure, both allowing the antenna to rotate and ensuring the counterweights on each side can be accessed from the platform, saving valuable installation time.

Following a survey on the structure, it was decided that the counterweights needed to be removed and replaced by a new set manufactured at the WHS fabrication department in Wexford, Ireland. To ensure the weights could be safely supported during removal and installation, a survey of the structural elements that support the blocks was carried out and a temporary support system to hold all of the weights was put in place to allow for works to commence underneath.

A new supporting arrangement was designed and manufactured to replace the temporary one and all affected surfaces that were impacted by the removal of the counterweights were prepared and repainted. Upon the installation of the counterweights, the full design report was able to be crafted and receive the sign off.