Famously known as Boaty McBoatface after an online poll to name the ship went viral, the now-named RRS Sir David Attenborough was built to aid scientists researching oceans, ice and atmosphere, giving them access to state-of-the-art facilities aboard this floating laboratory. Working with the Natural Environmental Research Council (NERC) and the British Antarctic Survey (BAS), part of the research included deploying and recovering a scientific mooring from onboard the ship and to do so, a special purpose-built scientific mooring winch was needed. 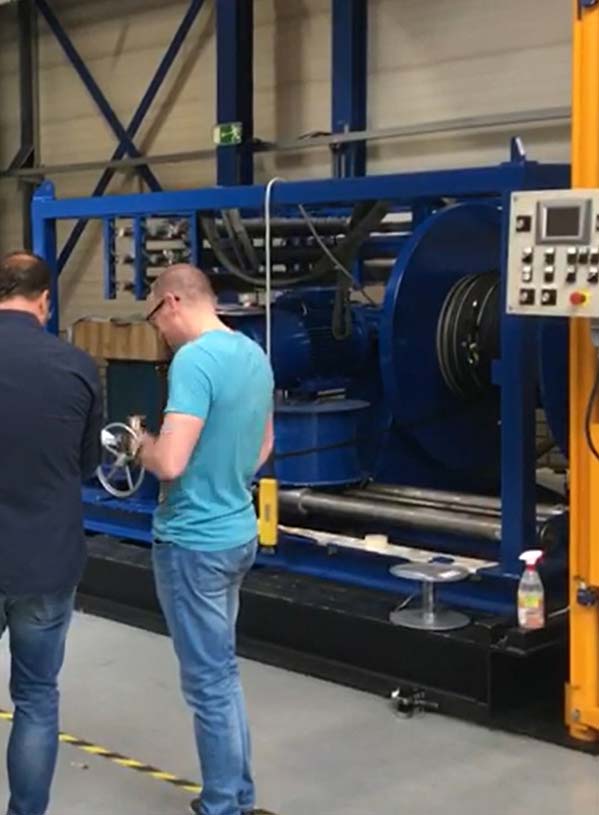 Starting in January 2018, WH Scott & Son worked closely with the BAS to design, manufacture and test the winch. Travelling to and from Holland, where the winch was built, our engineers ensured that the highest standard was maintained through the entire production process, whilst also managing the programme to ensure its timely delivery.

“It was a great opportunity and a fantastic project to be involved in,” explained WHS Sales & Marketing Director, Marc Heath. “We worked closely with the team at the British Antarctic Survey to achieve their desired goal, so we can’t wait to see the winch in action and read about the ground-breaking research it assists with.”

“It’s no news to any of you that the world is facing great, great problems and the most aware of that are the young people of today, who will inherit this world,’ explained Sir David. “There could be no more important function for any ship, anywhere in the world, than those which are going to be dealt with by this remarkable ship, at the cutting edge of science.”